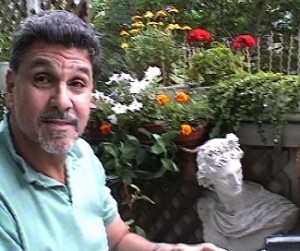 Gary Beck has spent most of his adult life as a theater director. Published chapbooks include: ‘Remembrance’, Origami Condom Press; ‘The Conquest of Somalia’, Cervena Barva Press; ‘The Dance of Hate’, Calliope Nerve Media; ‘Material Questions’, Silkworms Ink; ‘Dispossessed’, Medulla Press and ‘Mutilated Girls’, Heavy Hands Ink. His poetry collection ‘Days of Destruction’ was published by Skive Press; ‘Expectations’, Rogue Scholars Press; ‘Dawn in Cities’, Winter Goose Publishing; ‘Assault on Nature’, Winter Goose Publishing. ‘Songs of a Clerk’ and ‘Civilized Ways’ will be published by Winter Goose Publishing. His novel ‘Extreme Change’ was published by Cogwheel Press; ‘Acts of Defiance’ was published by Artema Press. His collection of short stories, ‘A Glimpse of Youth’ was published by Sweatshoppe Publications. His original plays and translations of Moliere, Aristophanes and Sophocles have been produced Off Broadway. His poetry, fiction and essays have appeared in hundreds of literary magazines. He currently lives in New York City. Gary Beck on Amazon